My most recent walk was up in the southern half of the Cotswolds, beginning and ending in Wotton-Under-Edge. Without resorting to an internet search, I’ve no idea where the town gains its name – it’s not as self explanatory as, say, Bourton-on-the-Water… 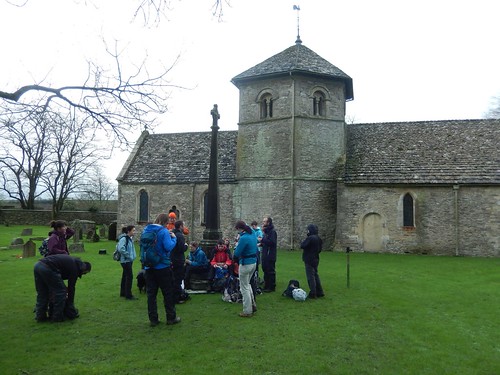 This was a group walk led by someone else and the first time I had joined Brunel Walking Group since July of last year, when I led an unfortunately wet and wild walk across the Mendips. With a slightly more forgiving forecast for the day of this occasion. 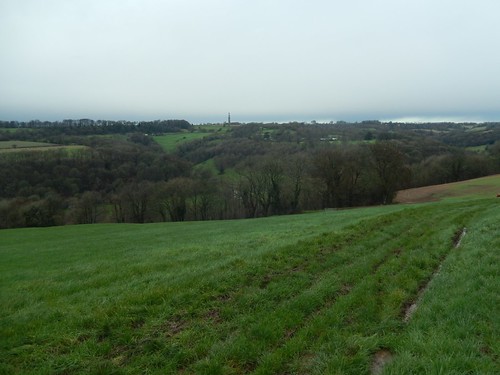 With a forewarning of muddy sections in the walk description, it was hard to know how many people were going to turn up on the day. I even had my own reservations after stumbling from my bed much earlier than on any of the last few weekends and when I arrived at the meeting point with about ten-minutes, there was an expectedly low turnout.

…But as you can see from the top photo; we ended up with a very healthy group size, including a selection of first-timers and I believe the final figure stood at twenty-two, which is an exceptional number even in the summer months. 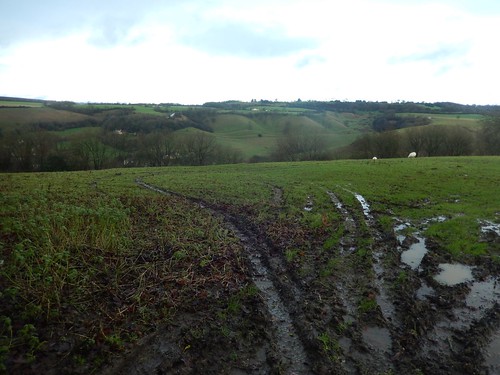 While some of this walk’s toughest climbs followed solid roads, mud was very much on the agenda for the day. I would estimate now that we walked a good three-miles, in total, through the slippery brown stuff. 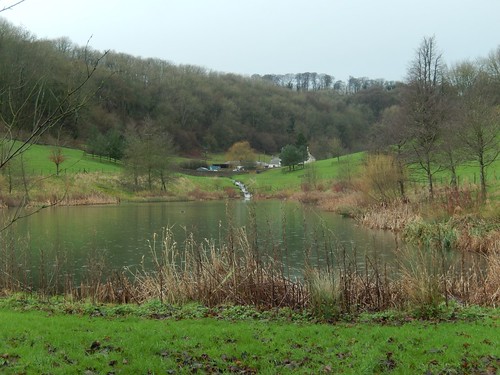 I’m not familiar with the exact route but we walked towards Ozleworth, passing right by Newark Park before an eventual return to Wotton-Under-Edge, following sections of the Monarch’s Way and Cotswold Way.

We encountered a couple of delightfully automated gates, operated at the simple push of a button. 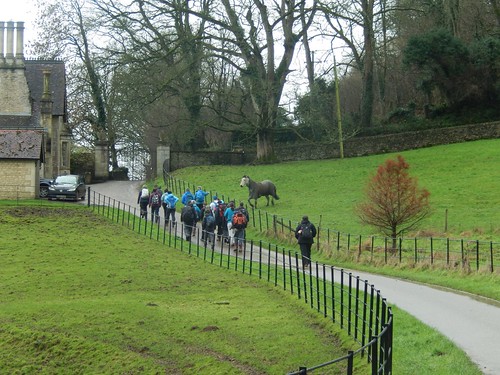 Some sections of this walk were seriously threatened by flooding after recent heavy and persistent rainfall – there was one short stretch where ‘puddles’ occupied the full width of a lane, with bubbles brewing from the drain cover beneath the surface. 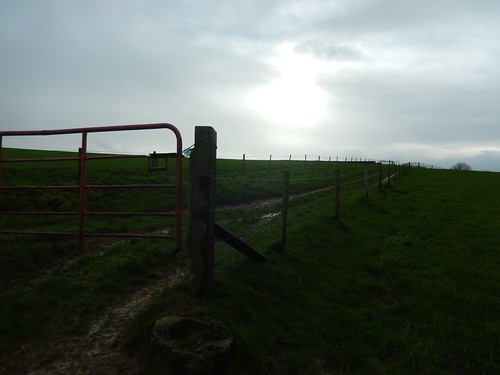 Having reached the car park at the start of the walk, it was a race to get our waterproof kit and gaiters on, as the heavens began to open without hesitation. While the day remained overcast, we were granted a dry-but-cold spell every now and again. 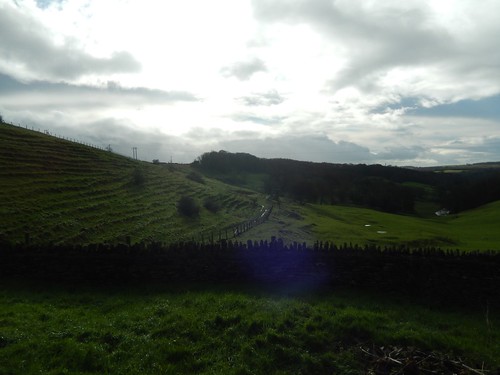 Once we’d started walking that morning, we didn’t truly feel how cold the day was until we stopped for lunch. But the views were worthwhile. 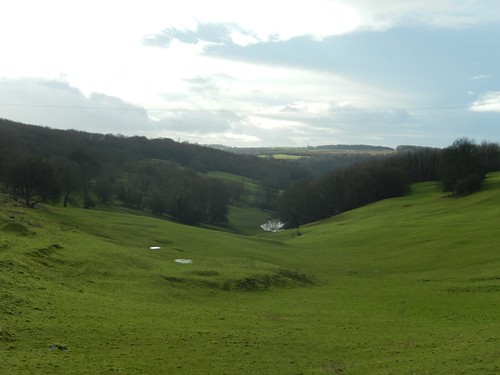 Generally speaking, the Cotswold Way is a very well looked after and clearly maintained series of footpaths. It was a shock though, to be slipping our along certain stretches. When there’s a large group of you as well, the people towards the back will always be walking in everyone else’s footsteps (or footslips). It can be very tiring, both physically and psychologically, when the path ahead of you runs straight and true but you’re having to fight to survive the sloppy terrain.

…I can’t imagine many long-distance walkers being overly active during these winter months. 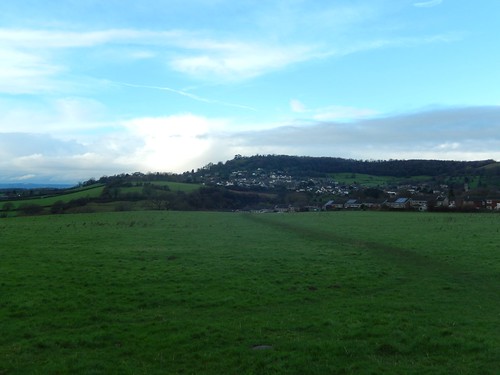 We soon made our return to Wotton-Under-Edge, complete with two dogs who’d joined us for the outing (which should actually raise the total figure to twenty-four participants). A little tired, very muddy and longing for the warmth of a local pub.

I didn’t take as many photos on this walk, partly due to the fact that I was wearing my bulky waterproof gloves (which do work well). Occasionally though, we could look straight across the River Severn to the sight of the Welsh mountains. 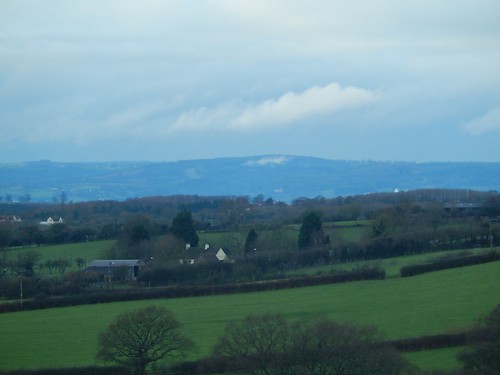 I still can’t believe I paid £2.70 for a pint of coke (with no ice, might I add – next time, I’m ordering a half) but it was only a thirty-minute drive back to Bristol and I felt good in having been out and also to have met up with the group for the first time in so long. I look forward to walking with them again soon. 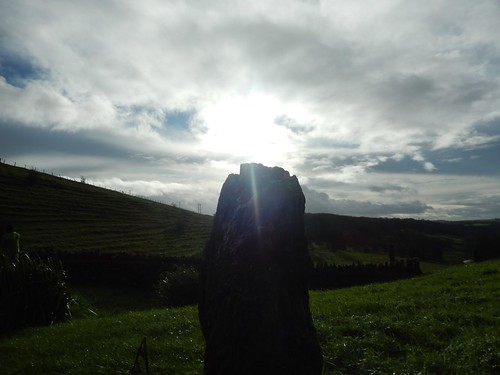